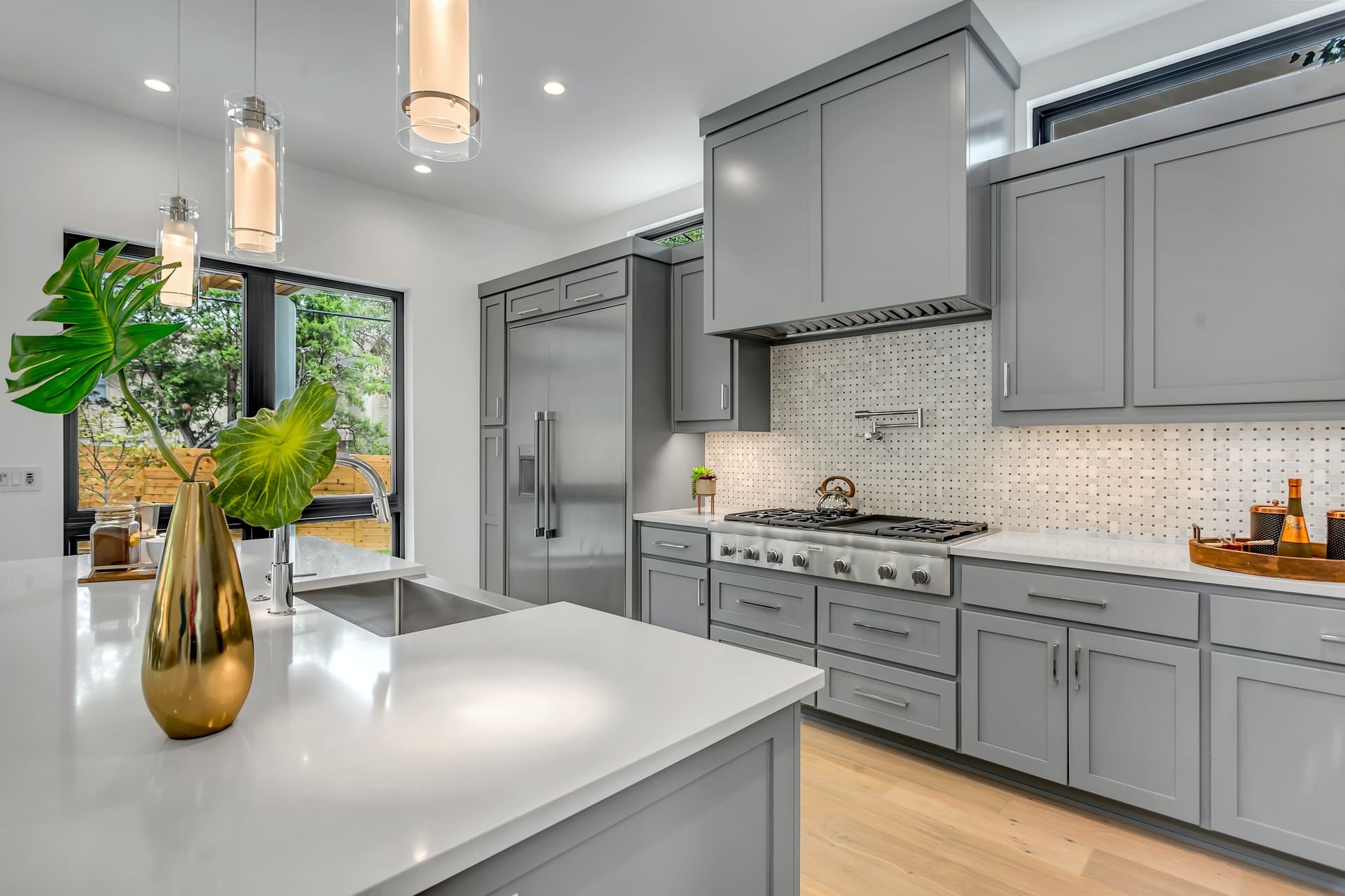 Quartzite is the latest craze in countertop materials because of its beauty, coloring, and often translucent, 3-dimensional effect it has to the eye, giving the surface a ‘depth’. Quartzite is used in many sectors – architecture, manufacturing, and construction. It is also used commercially for decorative purposes. Over time, Quartzite countertops have grown in popularity and is a great favorite with interior designers and homeowners. Its durability, stylish appearance, luster and color make it ideal for countertops and even feature walls. An expensive option perhaps, but its elegance and appeal make it an all-time favorite. So what is quartzite you may ask? We have you covered.

You’ve often heard of sandstone but did you ever connect it with Quartzite? That’s what Quartzite was originally known as. Rightly so perhaps, because the life of Quartzite begins with sand grains, which closely adhere to each other to form sandstone. Compressed and buried between layers of rocks, the sandstone is subjected to extreme heat and pressure. Sand grains are made up of primarily two minerals, silica, and quartz.  It is in these pockets around the world where the sand grains are mostly quartz, and subjected to extreme pressures over time; tectonic plate pressures are what come to mind, but not always the case. Consequently, the sand grains in the sandstone lose their identity, fuse with each other and become hard metamorphic rock- Voilà, Quartzite is formed.

Quartzite is chiefly made up of quartz- sometimes to the extent of 99 percent of quartz and is present in quarries. Quartzite is different from the quartz that we know in the sense that Quartz is synthetically obtained by fusing resins, pigments and quartz stone chips together, whereas Quartzite is a metamorphic rock that began its life as sandstone primarily consisting of quartz mineral.

The main characteristics of Quartzite are:

Very often the term ‘soft Quartzite’ crops up but the term is a misnomer because Quartzite is not a soft material. As marble and Quartzite look very alike, one is often mistaken for the other. So ‘soft Quartzite’ is in all probability only marble. Given the properties of Quartzite, it’s easy to find out how authentic a piece of Quartzite actually is. Quartzite will scratch glass easily, whereas other quartz-like stones will only leave a ‘powdery trail’ or a scratch mark that rubs off very easily.

No two pieces of Quartzite are alike and you are sure to get a product that is unlike any other. In its purest form Quartzite is white, and in its pristine state, no other stone can equal it in sophistication and elegance. It resembles white marble and has the quality of white granite- but is more durable than either of them. The impurities in Quartzite work to its advantage as they produce inherent patterns that are very unique. When the stone is polished, the designs stand out, adding to the natural luster of the stone.

Although marble and granite have been around for a very long time, Quartzite is superior to both because of its hardness. Quartzite is resistant to chemicals, immune to abrasions, suitable for all climatic conditions and low on maintenance, it’s being regarded as a great stone to have in homes and commercial buildings. Capitol Granite now stocks various colors of Quartzite that you can view onlineand in our showrooms. Visit us today and together we can add this beautiful surface to your home.

Experience quality and longevity when investing in your home.